Beginning in 1946, with Mr. & Mrs Horace Ludwig, Camp Bil-O-Wood Has been run by the Ludwig Family for generations Camp Bil-O-Wood is currently under the direction of Paul and Trisha Ludwig. Paul has over twenty years of experience in camp programming and camp operations.

The visit to see the property near Blind River that would eventually become CAMP BIL-O-Wood occurred because Bill Slick (he is the Bil in Bil-O-Wood) had been there numerous times when it was a hunting and fishing camp. During his visit in the early fall of 1945 he learned that the 160 acre property between Bass and Allen Lakes was for sale. He knew Uncle Woody (the Wood in Bil-O-Wood) had been looking for a place to start a new camp. And that was the beginning of Bil-O-Wood.

Everyone knows the value of getting away from routines and technology to spend time in nature. Around the world, kids feel a different kind of energy take hold as their camp busses roll off highways through camp gates each summer.

Beginning in 1946, Camp Bil-O-Wood Has been run by the Ludwig Family for generations.

Keats Camps has been serving youth and families for over 85 years as a part of the Canadian Baptists of Western Canada. Thriving during the summer months, our property comes alive with over a thousand campers & staff and all of their visiting parents & friends.

Founded in 1940, Manitoba Pioneer Camp has been operating ever since as a life-changing summer camp for children and youth. It is part of a network of nine Inter-Varsity Camps across Canada. 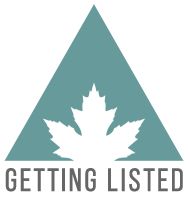 Create and update
your camp profile on
Canadian Adventure FREE

More information on getting your camp listed